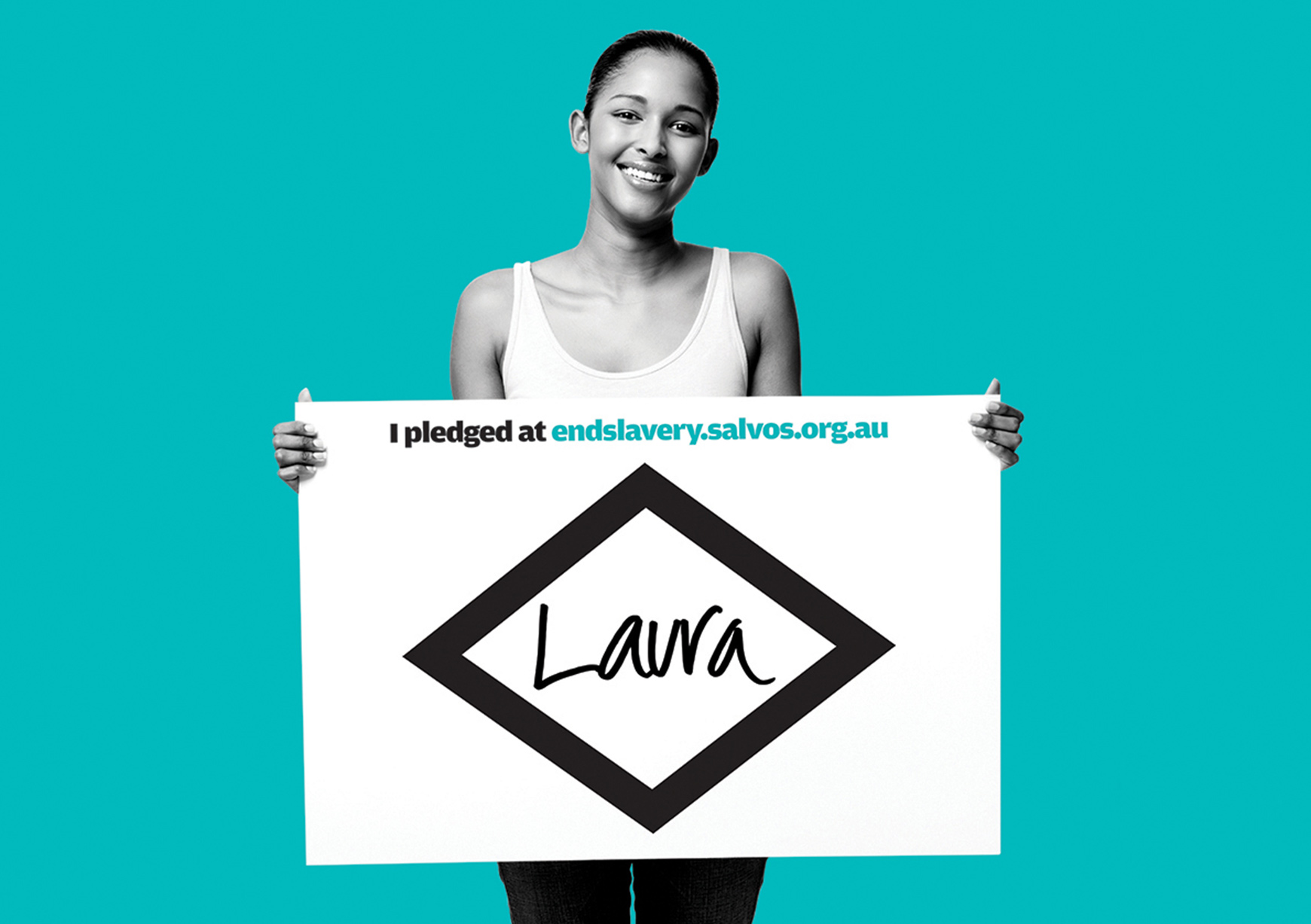 There is deep satisfaction when you have the opportunity to work for a cause that actually makes differences to lives. This was certainly our experience in July this year working with The Salvation Army on an Ending Modern Slavery awareness campaign fighting modern slavery in Australia.

In Australia, the concept of slavery is a challenging one to grasp. We’re all familiar with the term “trafficking” and “forced labour” but sadly slavery's modern day definition also extends to abusive living and working conditions, threats, isolation and control, psychological abuse, violence and sexual abuse.

We used the ancient symbol of law and justice, slavery and captivity known as 'Epa' as the primary brand asset for the Ending Modern Slavery campaign, of which 'Freedom Pledge' is part. We did a lot more on the branding side of things, but what’s important here is involvement. Everybody should pledge their support and share like crazy on social media.